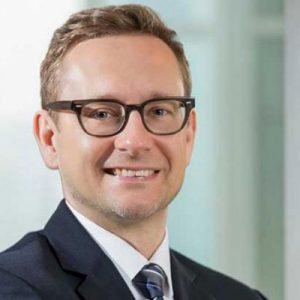 Mark Austen is the Chief Executive Officer of the Asia Securities Industry & Financial Markets Association (ASIFMA).  Since joining ASIFMA in 2012, he has led the expansion of the association to encompass Equities, Compliance, Post-Trade and Asset Management in addition to its original division for Fixed Income, and its membership has grown to over 100 firms.

Mark was also the CEO of the Global Financial Markets Association (GFMA) from 2016 to 2018, which represents the common interests of the world’s leading financial and capital market participants, and speaks for the industry on the most important global market issues.  GFMA brings together three of the world’s leading financial trade associations to address the increasingly important global regulatory agenda and to promote coordinated advocacy efforts. GFMA comprises ASIFMA based in Hong Kong, The Association for Financial Markets in Europe (AFME) in London and Brussels and the Securities Industry and Financial Markets Association (SIFMA) in New York and Washington.

Mark’s key objectives at ASIFMA are to expand its product divisions, continue to build a broad membership base and further strengthen its ability to act as a collective voice for the industry.

Mark was formerly with AFME as Chief Operating Officer. Previously, he was AFME’s head of the Capital Markets Division and served as its Acting Chief Executive from December 2009 to September 2010. Mark helped facilitate the successful merger of the London Investment Bankers Association and SIFMA Europe to create AFME in November 2009 and steered the newly formed association through its first year of operation. Mark joined AFME (then called The Bond Market Association or TBMA) in 2005 to head up the European Primary Dealers Association (EPDA), which addressed issues of specific interest to government bond markets. He was instrumental in the formation of the Global Rates Division, the Credit Division, and the Covered Bond Division, and also managed the negotiation and integration of the European Securities Forum (ESF), which became the Post Trade Division, into what was then known as SIFMA Europe. More recently, Mark was the driving force behind the establishment of the Global FX Division and the creation of the AFME Equities Board. In addition to his other duties at AFME, he headed up the Advocacy Division and held overall responsibility for AFME’s financial matters and membership.

Prior to joining AFME, Mark worked for MTS Group, the European trading platform for fixed income securities, where he was head of Legal and Compliance. Before his work at MTS, Mark spent three years as head of an international environmental web portal.

Mark has stepped down from his positions on the board of the International Council of Securities Associations (ICSA), the European Capital Markets Institute (ECMI) at the Centre of European Policy Studies (CEPS), and the Advisory Board of Quorum 15 in order to concentrate fully on his work at ASIFMA. He was a member of the Ontario Bar and holds an LL.M. from the London School of Economics and an LL.B. from Osgoode Law School in Toronto. 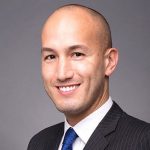 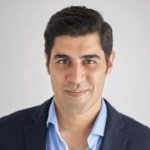